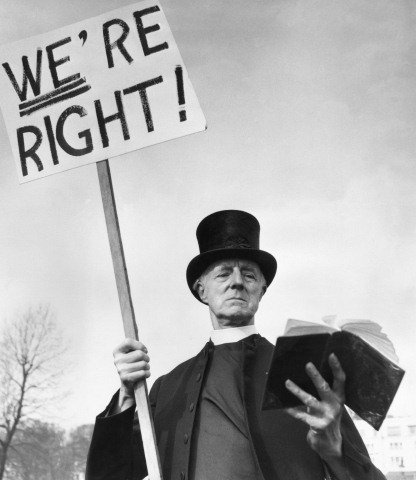 Why it’s time for every Believer to stop arguing about Trump.

The close of 2016 brought one solitary moment of silent disbelief as Trump was dubbed the victor of, arguably, the most polarizing election in our nation’s history. I think liberals and conservatives all up and down the aisle were in some form of stunned disbelief that Donald Trump was going to be The President, like, in real life. The whole nation…maybe the world, unanimously murmured, “wha….? {silence}?” And when that brief moment of shock passed and reality began to sink in, so defiant rage and prideful ecstasy erupted across these supposedly “United” States of America.

Now before we go any further here, I should disclose that my vote was not cast for Hillary Clinton nor was it cast for Donald Trump. In fact, as the election drew closer, I was not silent about voting 3rd party and voting conservative. The election also fostered in me an old ideal that we may need to seriously consider a legitimate 3-party system. The divisiveness of our two-party structure seems to be escalating to dangerous levels. But that’s probably a discussion for another day.

We are so blessed to live in the land of free speech and free election but as I spent some time in 1st Peter, I began to wonder – At what point did believers elevate national privilege to a higher status than that of our holy duty to submit?

13 For the Lord’s sake, submit to all human authority—whether the king as head of state, 14 or the officials he has appointed. For the king has sent them to punish those who do wrong and to honor those who do right.

15 It is God’s will that your honorable lives should silence those ignorant people who make foolish accusations against you. 16 For you are free, yet you are God’s slaves, so don’t use your freedom as an excuse to do evil.17 Respect everyone, and love the family of believers.Fear God, and respect the king.

Scripture makes no bones about it. Submit.

Submit to The-Sovereign-God’s-Appointed-Ruler. The “state,” just like the “home” and “the church” are all God-ordained institutions and the believer is commanded to submit and pray. (Rom 13:6, 1 Tim 2:1-4) If we say we fear God, then we also must say we respect the king (v. 17). For in doing so, we preserve the moral order established for our good. Of course that isn’t even the primary reason to submit.

At what point did believers elevate national privilege to a higher status than that of our holy duty to submit?

When we submit, we willingly silence our grumblings which in turn, just might silence the mouth of the opposing complainer. “It is God’s will that your honorable lives should silence those ignorant people who make foolish accusations against you.” Could it be that if we freely and wholly surrender ourselves to the result of the democratic process, we might bring our Divided States back into “The United States of America,” aka “One Nation, under God?” Does anyone believe it’s even worth the try?

As compelling as that notion is, it still isn’t the primary reason we choose to submit.

The primary reason for submitting is that God is glorified in us when we do. We obey “For the Lord’s sake.” We live in holy order. We live obediently. God is glorified. Let me put it another way.

When we perch ourselves on our soapbox to grumble publically about God’s appointed ruler, we are in blatant disobedience. Yes, believer, even when we grumble about something as seemingly righteous as education, SCOTUS or the refugees, our actions are completely counter to what God’s word commands of us in scripture. God knows the flaws and weaknesses of every leader in the entire world, for all of history. Nowhere does God give us allowance to whine about it, and certainly not day-in and day-out for weeks and months on end.

Now, please don’t hear me say we should be passive about defending the defenseless just because our Ruler Du Jour happens to have a different moral compass. Certainly not! That, too, would be counter to Scripture.

Psalm 82:3 “Give justice to the poor and the orphan; uphold the rights of the oppressed and the destitute. 4 Rescue the poor and helpless; deliver them from the grasp of evil people.”

Isaiah 1:17 “Learn to do good. Seek justice. Help the oppressed. Defend the cause of orphans. Fight for the rights of widows.”

If we take a hard look at ourselves, many of us have no choice but to admit that we have done little more than complain about the current administration and use the defenseless as an excuse to do so. These verses above do not say “complain about your rulers for by doing so you help the helpless.” No, it is saying we need to do the work. Do good. Help the oppressed. Rescue them.

It is reasonable to assume that the believer who is putting their hands to good work doesn’t really have time to tirade on social media or at the local coffee shop. They are too busy helping the helpless and too wise to fall into the trap of uselessly and arrogantly ‘monologuing’.

If you find yourself coming to a similar conclusion about yourself, I ask only one thing:

Until you can speak from the experience of actually defending the hopeless, choose to silence yourself.

Trump Supporter, silence your arrogance and your pride. God is not glorified in that behavior.

Trump Detractor, silence your arrogance and contention. God is not glorified in that behavior.

Now that we’ve freed up our time from all of the complaining, we actually might have the space to do something to help our fatherless neighbor kid, or volunteer at the local Pregnancy Care Clinic, or hand out blankets on Skid Row or start a letter writing campaign to Washington DC, or support the missionary who is working with refugees on the other side of the world. Let us be glad our administration is flawed. It gives us the opportunity to reap the glorious benefits of giving of ourselves to those in need. By choosing this path, we believers are obeying lots of scriptural mandates but most importantly, God will be glorified in us. 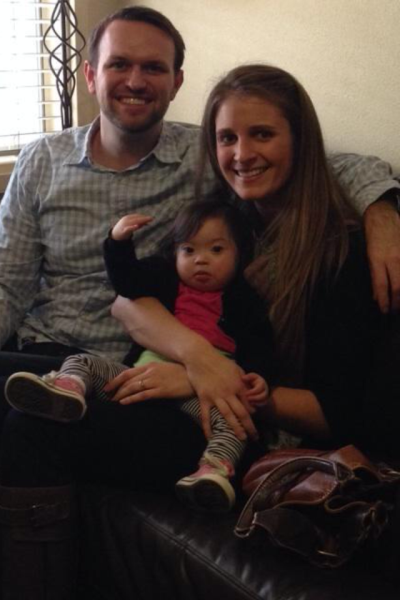 “Vindicate the weak and fatherless; Do justice to the afflicted and destitute.” ~Psalms 82:3

This past weekend in Washington DC the annual “March for Life” took place with hundreds of thousands of people showing their support, including Mike Pence, the first Vice President to ever join the march. Life is an important thing to take a stand for, and it’s an even more important thing to live for. My family has been directly impacted by women choosing life, even in the most difficult of circumstances.

Tiffany and I had the privilege to adopt our oldest daughter just over 2 years ago, making it 3 years since we first met her through the foster system, and then bringing her home several months later. Early on in this process we were eager to gather as much information about Jasmine as possible in order to get to know her family history. It’s difficult to go to a doctor’s appointment and be asked questions about your child in which you have no clue how to answer. We still don’t know who her birth-father is and we know little about her birth-mother. We do, however, know the number of other children her birth-mother gave life to.

The First Day We Met Jazzy

Learning this information was initially very difficult for me to digest. I found myself getting upset with the irresponsibility of her birth-parents. But one thing Tiffany regularly reminded me of and helped open my eyes to was that Jasmine’s birth-mom gave her the greatest gift she could offer… LIFE. In a society quick to take tests and discourage carrying a child with Down Syndrome to full term; it could have been easy for her to choose a different path. Living in a less-than-ideal environment somewhere in Los Angeles could have easily discouraged the mom from being pregnant again, likely knowing she wouldn’t be able to keep the baby anyway.

Jasmine’s birth-mom gave her the greatest gift she could offer…LIFE.

Thankfully, she didn’t take that path. She chose life. She chose to carry Jasmine until she was ready to be born. That hospital would be the last place the birth-mom would be with her newborn child.

She must have had a deep hope that there were other hands and other families who could provide the care and support that she knew her new baby needed. She chose life.

I admit I didn’t come to see this early on, but now am forever thankful she had such courage to give the only gift she could give. Now, our family is blessed to receive the gift someone else gave. Our whole world has been changed. What a privilege to raise a beautiful little girl, and not just speak up for life but put our words into action! 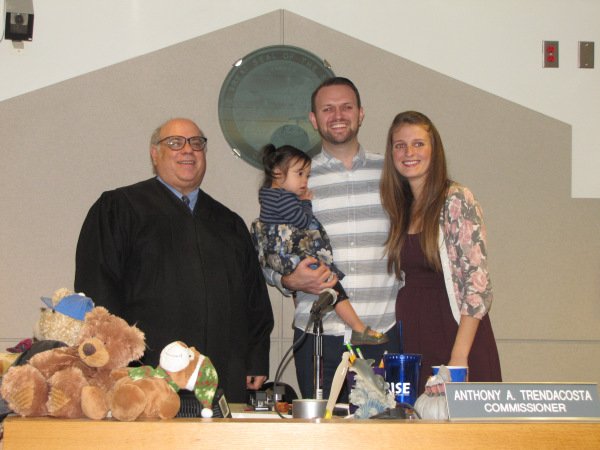 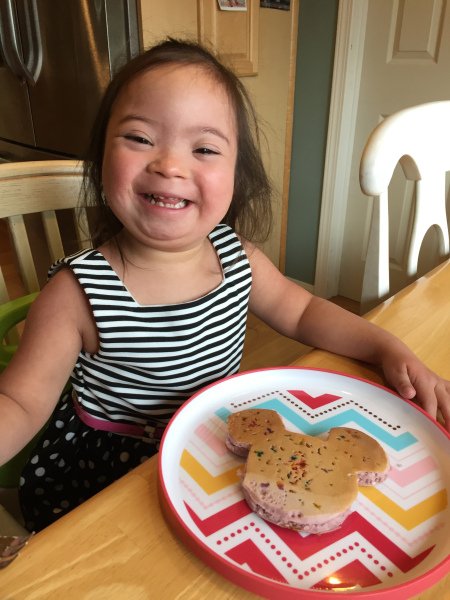 Our family continues to be burdened for the many other lives needing a home, not only the unborn, but those already born as well! Living for life means we don’t only seek policy reform but we seek more Christian families being transformed by the gift of fostering and adopting those who need a “forever family”. Whenever the issue of abortion comes up I can’t help but think how differently our life – and your life – would look if one mother had not chosen life.

First-time visitors must fill out a welcome sheet. This information is essential in case of an emergency, to inform the child’s teacher of any allergies or special needs, and to receive information and updates about out Kid’s Ministry.

Each child much be completely signed in before entering the room. Sign in happens in the patio area by the Kid’s table. For the safety of the children we ask that parents do not enter the classroom when dropping off or picking up their child.

Sign-in includes checking in through the computer system located by the children’s table. Each child must have a printed sticker on them before entering their classroom.

Diapers will be changed when necessary. Teachers wear gloves while changing your child. After each diaper change, the changing table is cleaned with bleach and teachers wash their hands.

Restroom
Please make sure your child has used the restroom before entering the classroom. If you r child needs to use the restroom while in class they will be allowed to use it. Workers will only enter the restroom to assist a child when absolutely necessary. If your child is potty training please send your child with a change of clothes.

Snacks
We provide snacks for our preschool aged children. If your child has any allergies please notify the Sunday School Teacher.